The Healing Ointment of Forgiveness

In a fallen world, each of us will experience feelings of betrayal, grief, and pain. Far too many of us will suffer the unspeakable horrors of abuse. The torment of a land turned upside down by war. How is it that we are meant to simply forgive? How does one let go and move on with a battle-weary heart?

In his most recent Conference address, Elder Kevin R. Duncan explains that forgiveness allows God’s children to release the wounds of past wrongs through the Savior’s Atonement. In so doing, each of us can be free.

Gratefully, God, in His love and mercy for His children, has prepared a way to help us navigate these sometimes turbulent experiences of life. He has provided an escape for all who fall victim to the misdeeds of others. He has taught us that we can forgive! Even though we may be a victim once, we need not be a victim twice by carrying the burden of hate, bitterness, pain, resentment, or even revenge. We can forgive, and we can be free!

We don’t have to be a victim twice.

Of course, this is much easier said than done.

To illustrate, let me relate an example from my own life that certainly isn’t the most difficult thing I’ve ever had to forgive, but one that was a challenge for me nonetheless.

When I was a freshman at BYU I fell into a deep depression. Life was hard. It was a struggle to get out of bed. And some days? Well, I didn’t even bother.

Most days I fought through as best as I could, plastered on a good face, tried to grit my teeth and soldier on. But overall I was losing the battle. My soul was weary.

My only lifeline at the time was the friendship of three of my roommates, to whom I had become extremely close before the depression hit. One was my best friend of many years prior. Together they brought light into my increasingly darkened world. I felt that as long as I had their love and support, that I would make it through soon enough. There had to be a light at the end of the tunnel, right? Right?!

So when I discovered that they had gone behind my back and gotten an apartment together in an effort to ditch me, it was an overwhelming blow. I can still remember exactly where I was in the Talmage building on campus, when my friend told me quite matter-of-factly what they were doing and gestured at a bulletin board advertising rooms for rent. Maybe I could check those out, she suggested pointedly.

I wanted to scream out, but there was no air in my lungs. If my best friends don’t even want me, then what am I good for to anyone else?  The question branded my heart and seared my soul.

This experience set off a chain of events in my life that affected me for over a decade. The depression didn’t lift, it deepened. I have complete years of my young adult life that I don’t have a single clear memory of. With the notable exception of two wonderful semesters a couple years later, with amazingly supportive friends that lifted me above the clouds– everything else is vague, hazy. The only remembrance I distinctly have of that time is the cutting feeling of hopelessness and its twin sister worthlessness.

Now it might surprise you, but at the time I had no anger toward my friends. In my depressed state, it had seemed only reasonable that they should leave. It wasn’t until I did eventually win my fight with depression that feelings of betrayal and animosity began to surge in my heart. I was so mad that those I had called my closest friends had chosen to toss me aside rather than try to help. I had endured so much darkness and loneliness. I had lost years of my life to depression. The more I reflected on that time, the angrier I got.

Because of this experience I eventually began to understand why the Lord commands us to forgive. It’s not about condoning others’ actions, or allowing mercy to rob justice. It’s about healing our own wounded hearts and not allowing the actions of others to have power over us any longer. Anger was slowly poisoning my heart by degrees. Thankfully, forgiveness is incredibly curative.

Many years ago, while I was mending a fence, a small sliver of wood entered into my finger. I made a meager attempt to remove the sliver and thought I had done so, but apparently I had not. As time went on, skin grew over the sliver, creating a lump on my finger. It was annoying and sometimes painful.

Years later I decided to finally take action. All I did was simply apply ointment to the lump and cover it with a bandage. I repeated this process frequently. You cannot imagine my surprise when one day, as I removed the bandage, the sliver had emerged from my finger.

The ointment had softened the skin and created an escape for the very thing that had caused pain for so many years. Once the sliver was removed, the finger quickly healed, and to this day, there remains no evidence of any injury.

In a similar way, an unforgiving heart harbors so much needless pain. When we apply the healing ointment of the Savior’s Atonement, He will soften our heart and help us to change. He can heal the wounded soul.

If you carry wounds in your heart inflicted by others, please know that Christ is so very willing to lift that burden from your battle-weary soul. Though the walk may not be easy, we do not have to do it alone.

Today, I can honestly say that I hold no ill will toward my three old friends. Though I don’t keep in touch with any of them regularly anymore, I genuinely hope they are well and happy in their lives. Just as I wouldn’t want anyone to judge the entirety of my life only from things I did when I was nineteen (oh, heaven forbid!)– why should I impose that standard on them?

Forgiveness is the very reason God sent His Son, so let us rejoice in His offering to heal us all. The Savior’s Atonement is not just for those who need to repent; it is also for those who need to forgive. If you are having trouble forgiving another person or even yourself, ask God to help you…

I witness of God’s enduring love and patience for all of His children and of His desire that we love one another as He loves us. As we do so, we will break through the darkness of this world into the glory and majesty of His kingdom in heaven. We will be free.

There is profound beauty in this glorious gospel. There is healing balm in Gilead. And He brings that beauty for our ashes.

Thanks for joining us for General Conference Book Club today!

What steps will you take this week toward greater forgiveness in your life?

Do you forgive yourself as well as you forgive others? How might you extend mercy to yourself starting today? 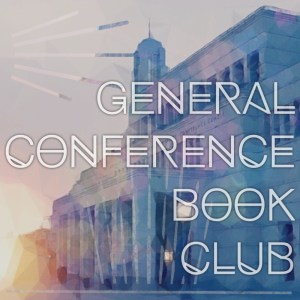 Next Sunday we’ll review “Be Thou Humble,” by Steven E. Snow. Come and join the conversation!

Where Are the Keys and Authority of the Priesthood?

This site uses Akismet to reduce spam. Learn how your comment data is processed.